What the Gold Standard is Not

There are many voices clamoring for their version of a “gold standard”. One common misconception is whether government should impose gold money by law, which means by force. The Gold Standard Institute is totally opposed to the use of coercion. Any goal that can only be achieved by force is not a worthy goal. And anything achieved by force will not come to any good for anyone. 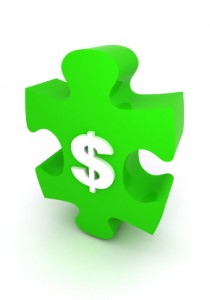 The Gold Standard Institute advocates for a repeal of coercive laws such as the legal tender laws and other laws the government employs to force us to use the paper dollar.

In theory, this means that people could adopt seashells, wheat, salt, or cattle as money. We know they won’t, as gold has unique physical properties and economic circumstances.

Another misunderstanding is based on thinking that value can only be measured using the dollar. If you combine this idea with the prior idea about forcing people by law, you get the idea of a fixed gold price. Many people argue in favor of a “gold standard” that is just a government price-fixing scheme.

If you thought the lobbying by various special interest groups was bad today, just imagine the warfare that would occur over the gold price. Creditors would want a low price, because that would mean they get the most gold for their dollar-based loans. Debtors would want a high price. Only the Washington lawyers and lobbyists would win.

The government cannot get the right price for sugar or coffee. Why would gold be different? Further, the right price of gold would be constantly changing, as does the price of everything in a free market.

A related proposal is for a gold “backed” dollar. If “backed” means that the dollar is redeemable, then this is the price-fixing scheme we just debunked. If it is irredeemable, then what does it really mean? It is just a promise that the government will print only as many dollars as there is gold. This promise will be broken, as the sun rises in the east.

There is a deeper economic error underlying both variants of the price-fixing idea. They are an attempt to put the cart before the horse. If you have gold savings, you will only place it on deposit (which is lending, really) if you think the bank is trustworthy and they will lend it to a productive business that is creditworthy. On the other hand, if you had gold on deposit and you lost your confidence in them, you would withdraw it immediately.

Attempting to dictate that people will keep their gold on deposit in the banking system will not work. Government and its crony banking system have been undermining the trust of the saver for many decades. A redeemable dollar would be redeemed because too much of the credit which backs the dollar is unsound. For example, there is nearly $17T worth of debt acknowledged by the Treasury (and much more they don’t acknowledge). It can never be repaid.

We call for a simpler idea. Let the government begin repealing the laws that force people to use the irredeemable dollar. Let us transition to a free market in money and credit.