The Unique Economic Circumstances of Gold

Rather than focusing on its rarity, let’s look at extracting it. It has generally held true that the cost to mine an ounce of gold was around one ounce of gold. When the cost falls below the value of an ounce, the miners go to work; when the cost rises above, they shut down. 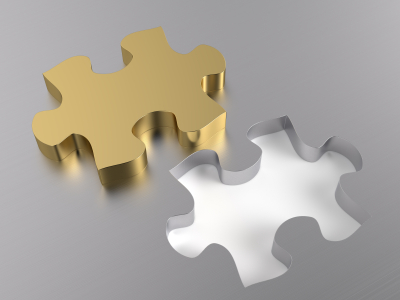 The end result is that people have been accumulating gold for a long time. How long? As far as we can tell, gold has been hoarded for thousands of years. Think about this; it is amazing. In any other commodity, if there is a small surplus it is a “glut” and the price falls until the glut is worked off. In gold, there is no such thing as a glut. People are willing to accumulate whatever gold the miners produce, without any particular limit.

By this measure—accumulated inventories divided by annual production—gold is actually the most abundant commodity. Not including water and air, gold stocks as a ratio to flows is officially estimated at 80 years. We believe the actual number is much higher, perhaps multiples higher. People have been hiding gold from their governments for thousands of years, and it is impossible to accurately inventory.

Economists use a term: marginal utility. This concept refers to the fact that one values the next unit of any good less than one values the previous unit of that same good. Think of walking through a desert, thirsting to death, and finding a vendor of water. What would the first gallon be worth to you? How about the second? The third? At some point, the water has zero value.

The marginal utility of every good falls. But the rate of decline is faster for some and slower for others. Gold is the good with the slowest-declining marginal utility. The proof of this claim that gold is the good with the highest inventories. People are still willing to accumulate it thousands of years after they first began accumulating it. Gold is not really consumed (though it is recycled from bullion form to jewelry and objet d’art and back). Virtually all of the gold ever mined is still in human hands today.

In every market for goods, there is a bid and an ask. The spread between them represent the loss to get into and out of that commodity. The wider this spread, the more “friction” to trade using the good. The narrower it is, the more liquid the commodity. Gold has the narrowest bid-ask spread. It is around 20 cents an ounce during normal market hours. A narrow spread is critical to the concept of money or currency. Artwork from old masters may hold its value, but it could never circulate as money due to the bid-ask spread.

Silver has one advantage over gold. This is for small values. If a worker saves 10% of his weekly wage, or a retiree sells a small amount to buy groceries, gold is impractical. This is because in such small quantities, its bid-ask spread becomes much wider. There are high costs to produce a 1/10 or 1/50 ounce gold coin. Silver does not suffer from this problem.